Guarding our Faith or Being Faithless

I have sometimes considered theological studies at a liberal or secular institution like IU or Yale, but have always stayed with more evangelical institutions (Houghton, TEDS, Covenant). Part of it was wanting to be fed and to grow spiritually through my educational pursuits and the other part is not wanting to fight my way uphill all the time as a theological conservative (relatively speaking). I wonder, though, if part of the reason is fear - wanting to guard and protect my faith. 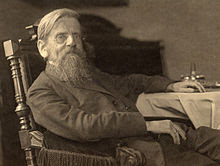 Schlatter eventually changed his mind and pursued theological studies, concluding that "if I avoided theological study out of fear I would not be preserving my faith but actually giving it up." Again, "I came to the conclusion that avoiding theological study to preserve faith was rank hypocrisy, and this conclusion brought decisive consequences." His biographer goes on to write that Schlatter's anxieties were not without foundation, and his studies did bring him to a crisis of faith where he even doubted the existence of God. However, "he also insisted that to act solely on the basis of this anxiety would not be an act 'from faith' because it would fail to take account of the capacity of God's preserving grace."

I understand Schlatter; yet, I think there's another truth that we must hold in tension with this. There seems to be plenty of encouragement from Scripture to 'guard your heart', to protect oneself from false teaching, etc. There is a 'garbage in, garbage out' dynamic to be on guard against.

How do you balance these two seemingly conflicting calls - the call to guard oneself vs. the call to have faith in God's ability to preserve our faith? I don't know, but it seems like a healthy dose of honest, self evaluation is important. I think it would have been unwise for me to have sat under and allow myself to be taugh by liberal/secular theologians during my undergraduate years. I had more biblical/theological training than most undergrad having grown up in a pastors home. However, it wasn't of the kind that exposed me to critical objections to the Bible and to the Christian faith. I would have been unprepared to handle them. At the same time, now, I think it would be faithless to steer away from such interactions simply out of fear of losing faith (though the fear of doing the work and not being granted a degree because of a conservative outlook is very real).

Here again, in this tension, we run headlong into the tension between God's sovereignty in preserving us and the call upon us to keep the faith and not allow ourselves to be shipwrecked. I don't think there is an easy way to remove the tension, and I think the Bible is intentional on that.
at 8:42 AM

Okay, so as a usability person I have to say that it's hard for me to read an entire post of yours, because of that crazy animated bookbag widget that keeps making my eyes jump over there.

That said, I think you ask a great question: how do we guard our faith while also trusting God for the perseverance of our souls?

I don't have an answer. I think it's different for different people at different points in their lives. There was a time when I got rid of all my secular music, because my mind was enslaved to it and I wanted my mind washed and renewed. That was many years ago. Now, I'm not in that place, and I listen to a lot of the things I got rid of then. But it's not a big deal.

It's ironic that people think a Christian college will guard their (or their children's) faith better than will a secular school. Research doesn't bear this out. Statistically, at least, your faith is safer at Harvard than Wheaton, or so I've read. Why is that?

For me, attending a state university was a good thing. Sure, I got some bad influences from unbelieving professors, but I also had an easier time forming my own identity over and against the secular university. Had I gone to a place like Wheaton, instead of deciding I was going to stay a Christian, I'd have had to decide what kind of Christian I was going to be, and why I wasn't going to be like all those other ones. Why do so many folks at Wheaton end up as Eastern Orthodox or something else? Nothing against Wheaton, really. Just sayin' that sometimes our attempts to protect can backfire. Like the parent who homeschools K-12, sends the kid to a Christian college, and then doesn't know what to make of the fact that the kid gives up on God.

What helped me in college was the excellent church of which I was a part, and all the opportunities that church gave to me to get to know people of all ages, discover and use my gifts, and see faith modeled by those around me.

Mark,
On point one, I changed how my 'books in my bag' looks - no animations!
Second, I intended my post to be about the study of theology specifically, not Christian vs. secular colleges. I can say from experience that my Christian college experience was no walk in the park. I wouldn't recommend to parents sending their kids to a Christian college to protect their faith.
I have respect for Christian colleges, yet see the danger. If my sons wanted to study math or political science, etc., I would have no problem sending them to a secular institution. However, if they wanted to study Bible or Theology, I wouldn't recommend it.