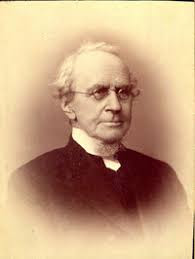 Several more points of contrast between the old Reformed view and “modern Puritan” view gives us a fuller appreciation for Nevin’s position. First, Nevin points out that in the Calvinistic view, the communion of the believer with Christ occurs which is beyond that experienced in common worship. Believer’s commune with Christ in the Supper in a unique way that is available in no other place. This is denied by in the Puritan view and Christ is held to be present in all aspects of Christian worship equally. Second, in the Reformed view the Supper is a mystery and indeed an actual miracle (11). The Puritan view empties the Meal of its supernatural element, eliminating the mysterious and miraculous.

The third point of contrast is extremely significant. Nevin contended that the old Reformed view held there was an objective force in the sacraments. Nevin explains, “The sacramental union between the sign and the thing signified is real, and holds in virtue of the constitution of the ordinance itself, not in the faith simply or inward frame of the communicant.”(12) The Roman Catholic Church, and to a lesser degree the Lutheran Church, err in merging the sign and the thing signified. Yet, the Puritan view errs in denying the thing signified has any real connection to the sign itself. Nevin is quick to remind his readers that the union of signified and sign only benefits the communicant who partakes in faith; yet, that it remains ineffective in some due to unbelief is in no way an argument against the connection of the signified with the sign. Moreover, the old Reformed position holds that the sacrament is a seal, not just a pledge of grace, and so “makes good the grace it represents, as actually communicated at the time.”(13) Over against this robust view, Nevin labels the elements in the Puritan view “bare signs”.

Despite the harsh critique, even from those within the Reformed tradition and Nevin’s own denomination, Nevin maintained this he was promoting the true Reformed position as articulated by Calvin (with some metaphysical modifications). Moreover, he defended his position stating, “There is no opposition between Christ and the Church, or between individual piety on the one hand and sacramental grace on the other; but just the reverse. Christ becomes full only in and by the Church, and personal experience is made solid and real, only as it rests on grace and appropriated from abroad.”(14) He was not against piety, only piety that disregarded the role of the church and the sacraments (just as he wasn’t against revival, only revival that was manipulative, and false).

In the end, the debate between Hodge and Nevin hinged upon who the Reformed community should look to on the Eucharist question. Many in Nevin’s denomination considered Zwingli the true founder of the German Reformed Church, and so Zwingli carried great weight with those so persuaded. Nevin argued, however, that in Calvin the doctrine of the Eucharist reached maturity, and so, though Zwingli preceded Calvin, Calvin’s thought was superior to Zwingli’s (15). Nevin writes, “It was not the Zuinglian [sic] view of the Lord’s Supper, but the Calvinistic view, in all its length and breadth …which was now recognized as the proper doctrine of the Reformed Church.”(16)

If Calvin is taken as the one to look to with regards to the Eucharist question, it does appear that Nevin had a better handle on Calvin than did Hodge. Doug Sweeney concludes, “Most people who studied the matter concurred that Hodge was more conservative in doctrinal demeanor but the Nevin was closer to Calvin on the Eucharist.”(17)